Symposium on the future of therapeutics inaugurates new UCSF department

In the first symposium held by the newly minted UCSF Department of Bioengineering and Therapeutic Sciences, researchers described progress in the fields of systems biology, pharmacogenomics, and bioengineering, and how scientists in these fields are working in concert to develop novel diagnostics and therapeutics to effectively and safely diagnose and treat disease. The conference, Picking up the Pace of Therapeutics Research and Application, was held January 26, 2010 at the William J. Rutter Center on the UCSF Mission Bay Campus.

Strategies shared included the targeted delivery of therapeutics with nano- and micro-technologies, drug design aimed at biological networks rather than any one metabolic step, and the engineering of cheap but sturdy medical devices to help patients in poor countries have the best lives possible. Education of future practitioners and effective collaboration with industry and regulatory agencies, which are important components of the new department's plans, were also themes the speakers explored. 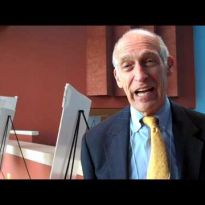 The inaugural forum was the first opportunity for members of the department to share their current research efforts under the new mantel, noted department Co-chair Sarah Nelson, PhD. The department is the first to straddle two schools at UCSF and is led together by the prior heads of the individual departments that formally merged on February 2009:

It brings together engineers whose expertise is in building and computing, with researchers in the pharmaceutical sciences and genetics.

"We are still seeking the silver bullets of precise drug targeting. To be successful we need to work in new ways, partner across fields, and look from new perspectives," said Mary Anne Koda-Kimble, PharmD, dean of the UCSF School of Pharmacy. "Bioengineering departments were beginning to create the precise dosage forms, but they didn't have any pharmacists on board," said Sam Hawgood, MB, BS, dean of the UCSF School of Medicine. "With the new joint School of Pharmacy/School of Medicine department we'll be better positioned to speed the innovation of safe, effective therapeutics," Koda-Kimble said.

Guest speaker Leroy Hood, MD, PhD, president of the Institute for Systems Biology in Seattle, Washington, whose work paved the way for the Human Genome Project, announced that informational medicine has arrived. He showed an image of a prototype iPhone application that gives a person's disease risk or sensitivity to drugs based on the person's gene sequence. "We are going to see a shift in medicine from reactive to proactive," Hood predicted.

He also presented findings with mice that had been given prion disease, to show how gene readout is changed. Two-thirds of the genes perturbed by the prion infection map to four known metabolic networks, yet the remaining genes of previously unknown function led to the discovery of new networks. "Can we re-engineer these networks during disease? And how do we decide which point to attack?" he asked. "We can go for the first player, but we could also try to go further downstream," he said.

Diagnostics are under way that will read molecular signals from disease-altered networks by sampling the tiniest, picoliter bit of blood, explained Hood. He has sequenced the genomes of each member of a family of four with the goal of finding which child inherited which genes from which parent, to pinpoint the locus of their inherited disorders. This personal, predictive, preventive, and participatory medicine, he said, will bring an end to "throwing billions of dollars down a black hole" in drug development. "We will have to educate patients and physicians to take part effectively in this new medicine," he explained.

Systems biologist, Chao Tang, PhD, professor in the UCSF Department of Bioengineering and Therapeutic Sciences, is also aiming at biological networks. Tang and his colleagues are using mathematical models to reveal the key points that are the likeliest targets for therapeutics. "When something goes wrong, a network goes wrong, not just one gene," Tang said. Modulating the entire network—gently—rather than knocking out just one player, is less likely to produce side effects that derail so many potential therapies, he noted. "You can't simply take out an enzyme without disrupting the balance," he cautioned.

Up close and personal

The search for genes that determine each person's response to a drug was exemplified by the work of guest speaker William Evans, PharmD, director and chief executive officer of St. Jude Children's Research Hospital in Memphis, Tennessee. He presented his team's findings on a gene that makes a molecule that brings chemotherapy into cells, and how different versions of that gene will produce a different response to therapy for a type of leukemia. Genetic variation among children produces a four-fold difference in the rate of clearing the drug from the body, "and it influences the likelihood of being cured of their disease," Evans said. By six weeks, patients still resisting treatment can now be identified and their treatment modified.

By researching how a child's racial makeup correlates with the likelihood of leukemia relapses, the team has identified candidate genes that produce the differences. "We are beginning to have the tools to go beyond asking for race," he said. His goal is to overcome that increased risk of treatment failure for those who have a certain ancestry. Ancestry or race, Evans noted, is simply a surrogate for knowing a person's genome.

Esteban G. Burchard, MD, MPH, associate professor in the new department, studies racial influences on asthma. "The census likes to put us into boxes," said Burchard. By comparison, he has shown that Hispanics and Puerto Ricans differ in asthma risk and response to asthma drugs based on their differing admixtures of European, Native American, and African genes. The differences result from differing genetic contributions from founder populations. His team has also found a location on chromosome 7 that is associated with asthma, and a location on chromosome 4 that is associated with the response to the asthma drug albuterol.

With all of these and other data in hand Burchard states that science is inching closer to the goal of personalized medicine. "Yet while we can leverage differences to find drug targets, there is also a social justice component," he states. The goal, Burchard explains, is to show what is a genetic difference in drug response, and what is a difference due to limited access to care. An expanded follow-on to his studies, which is taking place at eight centers in the mainland US and Puerto Rico, will flow data through his team at UCSF.

Paul Yock, MD, director of the Stanford Biodesign Program and the Center for Research in Cardiovascular Interventions, presented the strategy under way at Stanford University to gather promising bioengineers and medical professionals in teams of four. The teams work intensively to brainstorm and prototype therapeutic devices. Yock, an interventional cardiologist with his own invention history, insisted that innovation can be taught. A fruit-of-the-team approach resulted in a prosthetic limb with a simple knee-like joint for children, especially those in underdeveloped countries that lack access to artificial limbs, who have had an above-the-knee amputation. He showed a video of a boy who immediately could walk after the $20 leg was strapped on.

Bioengineers from UCSF's new joint department and from the University of California, Berkeley showcased two types of microbubbles for therapeutic use. One, which is studded with nanowires, can attach like Velcro to the slippery gut lining. Another, which bristles with molecules tipped with specific recognition endings, can home in on damaged plaques that clog arteries. These micro- and nano-delivery approaches, presented respectively by Tejal Desai, PhD, professor in the UCSF Department of Bioengineering and Therapeutic Sciences, and Matthew Tirrell, PhD, chair of the Department of Bioengineering at the University of California, Berkeley, are promising a more precise way to convey drugs directly to diseased tissues.

Desai is also developing better stents, which are the tiny hollow scaffolds that prop open clogged arteries. Stents tend to spur overgrowth of smooth muscle after they are placed in vessels. Desai studies nanotubes as a way to make stents safer. She showed that nanotubes could be used to coat the stents and result in decreased smooth muscle proliferation while increasing numbers of the more desirable endothelial cells.

Another effort on the bioengineering agenda of the new department is a miniature artificial kidney to replace dialysis machines. Given the continued shortage of kidney donors, the implantable device will bring a far better quality of life than being hooked to a clinic-based machine several times a week. An implanted device that continuously filters blood and works 24/7 would avoid the build up of toxins that takes place between dialysis treatments, explains bioengineer Shuvo Roy, PhD, associate professor in the new UCSF department whose research on the soda can-sized device is well under way. Roy showed that a precise pore size in a biocompatible membrane made with techniques borrowed from silicon chip manufacturing, can achieve selective filtering to stand in for the failing organ. The membrane can also serve as a scaffold to seed actual human kidney cells. By putting all this together, Roy thinks it possible to develop a device using a patient's own kidney cells, although, he cautions, drug therapy will be needed to replace other kidney functions.

And in enticing talks, other faculty members of the new department mapped out their plans. A handful of soil, as well as your eyebrows and bellybutton, harbor the potential for natural product therapeutics, according to Michael Fischbach, PhD, assistant professor. Fischbach is looking into the microbial communities that live in dirt, or on and within the human body, to seek biomolecules that could become the new penicillin, which itself derived from a mold. Nadav Ahituv, PhD, assistant professor, is looking into the roles of so-called junk DNA, the regions in the genome that code for regulating other genes rather than actual proteins. Achieving control over these controllers is another route to potential therapies.

The UCSF Department of Bioengineering and Therapeutic counts many postdoctoral scholars among its ranks, administers 3 PhD graduate programs, and welcomes graduate students from other UCSF graduate programs. "The kids in these graduate programs will become new types of scientists who are trained in multidisciplinary research, and their expertise will reflect the kinds of research that is now under way in our department," remarked Giacomini.

To cap the day's events, more than 30 posters highlighted the ongoing research of graduate students, postdoctoral scholars, and staff lab researchers associated with the new department. Poster competition winners were: