Mary Anne Koda-Kimble, PharmD, dean of the UCSF School of Pharmacy, was honored by the UCSF Medical Center on May 4, 2012 for her “exceptional vision as a leader, commitment to patients, compassion as a human being, and dedication to UCSF Medical Center and UCSF Benioff Children’s Hospital.”

The leadership award is especially significant, according to Koda-Kimble, “because the Medical Center is at the heart of my career as a pharmacist.”

After graduation from pharmacy school at UCSF in 1969 the newly licensed doctor of pharmacy began her career in the basement pharmacy of the Medical Center, filling unit doses to be sent up to the floors. All the while, she aspired to join a small band of pharmacists on the ninth floor who had opened the nation’s first satellite pharmacy on a hospital floor. She succeeded and ultimately helped UCSF lead an international movement to transform pharmacists from drug product experts to therapeutics experts skilled in the safe, most effective use of medications in patients. As a result, pharmacists eventually became members of the integrated hospital health care team. 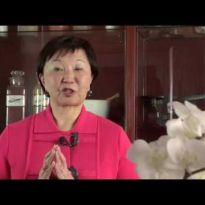