Michael Nordberg, MPA/HSA, is the newly appointed associate dean of administration and finance for the UCSF School of Pharmacy. He served the position as interim associate dean from July 1, 2009 to September 26, 2011 when he accepted the position full time at the completion of a comprehensive recruitment for the job.

In this role, Nordberg is the chief administrative and financial officer for the School of Pharmacy and advisor to Dean Mary Anne Koda-Kimble, PharmD, on fiscal, regulatory, and administrative matters. He oversees the finances of the Dean's Office as well as the School's three departments and a total School budget of $60 million. He also develops and implements policies that enhance the efficient, effective, and compliant administration of the School and is the School's key liaison on campuswide financial planning, transactions, and budget issues.

In addition to these strategic roles, Nordberg oversees the Dean's Office administration, finance, and information and educational technology personnel. And he is a key member of the Dean's Leadership Group of department chairs and select associate deans who advise the dean.

Nordberg joined the UCSF School of Pharmacy in 2004 as director of extramural funding before promotion to chief financial officer in 2005, then to the interim associate dean position. He first came to UCSF in 1992 as senior administrative analyst for UCSF Campus Auxiliary Services. In 1997, he joined the Department of Surgery, Immunogenetics Lab, where he not only managed the laboratory's finances but also upgraded its organ transplantation information system and ensured compliance with mandated laboratory standards.

In 1998, he joined the Department of Physiology as finance manager where he was responsible for pre- and post-award management of National Institutes of Health funds totaling $15 million annually and for supervising finance and administrative staff.

Nordberg's steady increase in responsibility and spectacular success along the way speak volumes to his credentials, explained Koda-Kimble. "As interim associate dean he carried us through the early days of UCSF's Operational Excellence drive as we began as a campus to increase the efficiency and effectiveness with which we conduct UCSF business."

Nordberg led the implementations of furloughs and successive School budget cuts, and he continues as a campus leader on the design and implementation of Operational Excellence and its application within the School of Pharmacy specifically.

"We are extremely fortunate to have recruited Michael. His direction is key to the School's financial health and its successful future," she adds. 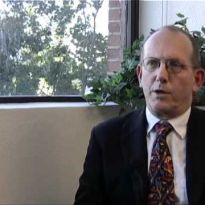